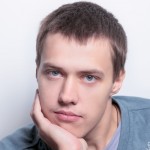 Roman Anin is a 25 year-old Russian journalist who started his career in 2006 when he became a reporter of the Moscow paper Novaya Gazeta. Until 2008 Roman worked in the sport section, specialising on sport investigations (fixed matches, corruption etc.). In August 2008 he was sent to cover the war in South Ossetia, and once back from the war he was offered to move to the investigative section of the paper. Today he is a special reporter of investigative section, specialised on economical and financial investigations. Moreover, Roman takes also part in cross-border investigations with the International Consortium of Investigative Journalism (ICIJ) and the Organised Crime and Corruption Reporting Project (OCCRP), two associations of investigative journalism of which he is a member.