Journalism without a front page. Brace yourself! 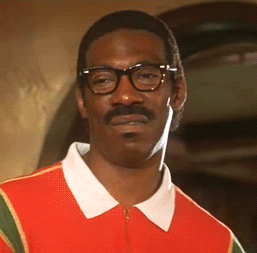 The ups and downs of crowdfunding

One of the most important pieces of news of the last few days concerns the issue of online journalism and its sustainability and the so far mediocre results of the fundraising organized by Andrew Sullivan. As reported in recent months, the blogger had decided to leave the Newsweek/The Daily Beast platform, which hosted his historic The Dish, to find a way to financial independence. Relying on the importance of his online presence attained over the years through his loyal community, Sullivan asked his readers to financially support his “declaration of independence“, fixing the amount of the contributions to be collected at the remarkable figure of 900 thousand dollars. The beginning was quick. The total subscriptions rapidly reached numbers that immediately brought to mind that this was a historical precedent, showing a new way for online journalism, crowdfunding and personal branding. However, recently, the collection has stopped at the figure of $680,000, an increase of ‘only’ about $30,000 in less than two months. “The most passionate readers have already joined”, Sullivan summed up in a post in which he provides an update on the performance of the project. “It gets harder after that”. Worth noting is the fact that the same post registers (at the moment), in terms of social shares, thirty tweets and a few Facebook ‘likes’.

One of the easiest criticisms to express, looking at initiatives such as these, would be to note the fact that Sullivan has probably overestimated the ability of ‘mobilization’ of its readership, fixing the break even point in numbers maybe overly ambitious. Some examples of crowdfunding, based on more modest and accessible figures, contradict the idea that it is a bankruptcy model for the funding of journalistic activities. Italian journalist Andrea Marinelli has reached and exceeded, through Kapipal, the $3,000 required amount needed to finance his trip to the United States. His purpose is to report on homosexuality in America, during a historical-political hiatus that will lead the judges of the Supreme Court to speak for the first time on gay marriage at the end of June. The project, which has already exceeded $3500 a few days after the deadline of the collection, is the second experiment of Marinelli, who had already managed to get funding in 2012 – with good results – for another journey told in the book L’Ospite, presented during the last edition of the International Journalism Festival (video).

The new forms of journalism are increasingly looking to avoid editorial structures – disconnecting itself from a legacy that seems to sink together with unsustainable costs – and to distance itself from the classical ‘newspaper-website’ form so as to allow a more fluid way of reporting the news, without intermediaries. New born-digital platforms can make their voices heard, imposing themselves as ‘editorial’ presences in a new process of production, sharing and reading of the news. Another interesting item this week regards the newly-created job of Head of News and Journalism Partnerships at Twitter. The company has advertised for someone able to operate as “responsible for devising and executing the strategies that make Twitter indispensable to newsrooms and journalists, as well as an essential part of the operations and strategy of news organizations and TV news networks”. The company is aware of the revolutionary result of its use in the journalistic environment, “both as news is given” and for “the new way to connect journalists and their readers”, and it seems to want to exploit it.

It is the first time that a technological company looks to the news industry as a primary feature, notes Michael Wolff in the Guardian. “Google, Yahoo and Microsoft have all, to varying degrees, devoted resources to news and seen opportunities in it, but as an information commodity“, a resource in the service of the industry. They have never seen themselves as having a news gathering and filtering function – he continues – that seems to be precisely what Twitter is looking for, at a time when it seems ready to become a kind of independent news operator. From a multifaceted tool without a precise function  – Wolff concludes – Twitter has found itself as a revolutionary element in the news business. A few days later, the scenario imagined by Wolf was denied by Mark Lukie, the creative content manager of Twitter, in an interview with Mark Glaser of PBS MediaShift. “Twitter doesn’t have ambitions of being a news operation. Since Twitter is so central to what a lot of newsrooms are doing, naturally there’s a lot of hype around this position”, Lukie reassures. “No, Twitter has no editorial team nor a newsroom: we’re simply providing a platform”. It is interesting to note that more or less at the same time Facebook broke into this world with a post – on Media on Facebook, which has just been launched –  which recommends best practices for journalistic use of the social network. This confirms the interest of the new giants of online media in the old – and crisis-hit – journalism industry.

“How do you get your news?”

In the current publishing scenario where news is available to anyone – whether for production or distribution – the work, reading and discussion area has changed considerably such that it is now rewriting the boundaries of the newspaper and the news factory in their most basic processes. “How do you get your news?” is the question Callie Schweizter, Director of Marketing & Communication of VoxMedia (another self publishing platform which aims at becoming an independent editor) tries to give an answer to on Medium. Forget the days when The New York Times was waiting for the reader outside the front door. We are witnessing, at this stage in the process, a reversal of the terms, where above all it is the reader who is looking for the news. News comes via social networks, email, instant messages – Schweizter notes – destroying the nature of the front page of papers as a ‘manifesto’ able to establish an agenda (Mathew Ingram talks about this in his keynote speech at the International Journalism Festival – video) and the opening of the homepage as a new habit for routine consultation of the news. The arrival of journalism without a ‘front page’ – Ingram explained – is gaining greater approval.

Justin Ellis on NiemanLab reports on the launch of the preview of the new website of Reuters which seems to embrace this tendency. The characteristic of the new layout would be the chance to make every single page a sort of small homepage in which one can find not only the desired article but also an overview of the rest of the content. This would help the reader, coming from direct links scattered around the network, to find what he would have lost without the obliged passage through the main page. And all with an optimized design for clear reading and an arrangement of different types of ‘reminders’ that would not be too intrusive. “Every page is your homepage”, Ellis explains. Reuters is trying to move before others, with a format that would be the most adaptable for mobile tools; a healthy, economically attractive sector, as indicated by traffic data to sites from mobile devices, up from 25% last year to about 33% (not coincidentally, The New York Times has just launched a new version of the site).

The search for and consultation of news – to answer the question of Schweizter – now passes through an entire industry of social, customizable aggregators (last week the newsonomics of Flipboard, Zite and Pulse was analyzed by Ken Doctor). These aggregators are perfectly suited to  the new habits of users, the technology market and somehow, Doctor points out, to the Internet ecosystem imagined by Steve Jobs, a galaxy of autonomous apps designed for specific functions to use without the need to surf the net. “The mobile world moves more quickly than anyone — including Google — expected,” Doctor continues. “In an app world, who needs search tools?” As it may seem hyperbolic – admits the same author – the question is beginning to find its first confirmation of legitimacy in the data provided during the week by BuzzFeed, which recorded a sharp fall of traffic from search engines – down by 20% from August 2012, with traffic from Google down by 30% alone – against a substantial growth of the traffic generated by Facebook.

In the open sea of content and endless searches on the net, tools such as aggregators – which can suggest news similar to our tastes and to those of our social contacts, and on multiple devices – stand out almost naturally. Recently, the market has seen the entry of a new player. With the purchase of the Instapaper reader and the redefinition of the social reading platform Digg, there is a much more “editorial” point of view. Returning to the theme of the technology industry playing “the media”, Betaworks seems definitely to want to start to create an ‘information ecosystem’ alone, exploiting the imminent closure of Google Reader and the technology industry turmoil. From a simple social bookmarking tool, the new Digg – with simplicity, synchronization between multiple devices, acquisition of feeds, social content and a strong editorial input – aims to make a new reading, retrieval and discussion platform. This is a demonstration of the fact that in the ‘new world’, so-called old media need to start keeping an eye on everyone, even on those who have always viewed the online journalistic product as merely content not too dissimilar from a recipe, a map with street directions or a photo to preserve and share.