Readers like it live and the beautification of news 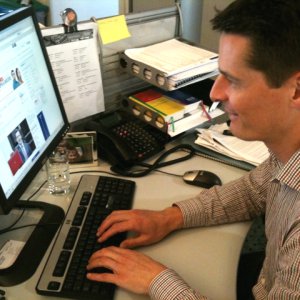 This week in RoundUp: data on The Guardian’s live blogs, which receive more unique visits than the articles and the photo galleries; the new Storify with a redesigned homepage to render it more media and less service;  the text layout innovations of ESPN, The Verge and Pitchfork; the Tesco Magazine data and the demise of FT Deutschland.

live blogging: top of the class Times might be hard in media organisations worldwide but new ways of getting the news out continue to proliferate. According to research by Neil Thruman and Anna Walters of City University Journalism School, live blogging is the preferred choice regarding real-time reporting of major events for readers and – with increasing frequency – also for newsrooms.

The full report, an extract of which can be read in Journalism.co.uk, is based on data from The Guardian website. Visits to the website liveblogs are 300% greater than to conventional articles, while the difference is 223% in terms of unique visitors. Surprisingly big numbers, which the authors explain as follows: “We believe that it is because liveblogs are extremely effective at engaging audiences, because they are well adapted to meet changing consumer preferences for news delivery and formatting, changes that have resulted — in part — from the displacement of news consumption from print to online”. Another element to bear in mind, they add, is that live blogging itself might frequently be viewed as an event worthy of admiration, something with the ability to attract attention and to make news in itself – as in the old adage of McLuhan regarding the medium and the message.

That said, perhaps it really just boils down to the reader getting more bang for his/her hour-of-reading buck. Live blogging Guardian-style is high-quality, multi-sourced and frequently-updated. ”At Guardian.co.uk a typical liveblog lasts for six hours, is updated 40 times and has two authors/contributors in the office and a part-time contributor out in the field. What this means is that, on average, each journalist involved has to research and write a new update every 20 minutes for six hours”. Readers are frequently involved in fact checking too. All in all, “Readers said they thought liveblogs were more factual and less opinion based than standard news articles”.

Real-time reporting of events is no longer the preserve of newsrooms. With tools such as Storify, for example, the possibility to trace the chronology of a news event (what witnesses see, followed by online verification and comment) has been fully democratised. This week Storify updated its homepage. While the composition pages for each story remain essentially the same, the homepage now resembles a type of Pinterest board on which a range of boxes offer the news items with the «most resonance» – definition of co-founder Burt Herman – on social media at that particular moment .

The homepage is no longer just a rundown of the most popular Storify content. Instead, it has a fully mediatic relevance which at the same time invites users – via serendipity – to collaborate in the Storifies of others, to engage with the Storify community. But that’s not all. Mathew Ingram, in GigaOM, notes how the new editorial line might represent a type of exit strategy imposed by the new rules on API and third parties adopted by Twitter last August: a means by which Storify will be able to aggregate independently from Twitter. Twitter itself has recently tried to create ‘special‘ aggregation pages for particular events, perhaps a sign of the imminent arrival of a type of ‘Twitter with a Storified twist’ – starting with its recent acquisition of Summify.

Simplified aggregation is a key current development, with plenty of new tools – for journalists or for the occasional online user – offering easy-to-use and free ways to recount news stories in an alternative way. Platforms such as Spundge, for example, allow continuously-updatable notebooks on a chosen topic to be created, which can then be shared and posted externally: an aggregation stream which the International Journalism Festival website is currently using to follow the use of social media in diplomacy and war and the legal ramifications of tweeting/retweeting as highlighted by the McAlpine/BBC furore.

news articles: in with the new

Reporting the news in innovative and attractive formats is one way to win over new readers (on simply to retain existing readers) and facilitate their news consumption. For years mainstream print media has experimented with layout redesigns in an attempt to fend off web-based competition. With the arrival of online native websites and the rapid evolution in editing graphics, many websites are looking for new ‘reading experiences’. Some of these are mentioned this week by Kevin Nguyen of NiemanLab, beginning with «The Long Strange Trip of Dock Ellis» by ESPN.com, a spectacular article – if ‘article’ isn’t too limiting a word – on a Pittsburgh Pirates baseball player and his LSD habit: a mix of text and animation which on scrolling through seems to evoke a variation of the videogame platform Super Mario.

There’s more. On websites such as The Verge, for example, significant emphasis has been placed on personalised content management systems which allow greater flexibility in page layouts, in some contrast with the websites of the same thematic family such as Engadget – from where not by chance the founder Topolsky hails – which focus more on essentiality and velocity (The Verge, one of the most aesthetically-pleasing websites around, is owned by VoxMedia which also publishes the sports website SB Nation, among the first to use GIFs for news reporting). The third experiment cited by NiemanLab, an article in Bat For Lashes published by the specialised music review website Pitchfork, needs to be ‘read’ horizontally on full screen while photos of the artist being reviewed move in an animation effect to one side and tracks from the album under consideration can be listened to via a screen player.

Nguyen also considers services such as Instapaper and Pocket which facilitate longform journalism consumption. Adam Schweigert, a digital strategist specialised in media and technology, believes that future news reporting will boil down to two output channels, and in consequence just two production modes; the short and sharp mode aka tweets (or similar) and high-quality longform journalism mode with the increasing incorporation of the dazzlers (and similar) mentioned above. Matt Buchanan in BuzzFeed reckons that before long we’ll end up disliking the new Twitter and its extension creep, introduced in an attempt to incorporate as much multimedia content as possible, with the attendant risk of becoming a variant of Tumblr or a copy of Facebook.

supermarket magazines and the closure of FT Deutschland

Meanwhile, back in the realm of print media, an interesting fact emerged in an article by Robert Andrews in PaidContent: according to a report by the National Readership Survey, the readership of Tesco Magazine increased by 8% to an average of 7.22 million readers in the year to September, thus overtaking the readership of the best-selling UK tabloid The Sun. Tesco Magazine, for those unfamilar with it, is a free magazine distributed in the UK’s leading supermarket chain Tesco.

Some qualifiers. Tesco Magazine is published every two months, so comparing readership figures with a daily tabloid is perhaps not particularly helpful. Furthermore, in parallel research focusing on the latest readership figures, the readership of Tesco Magazine declined to 5.3 million, exceeded even by its direct supermarket competitor Asda Magazine. Finally, an online comparison between The Sun and Tesco Magazine sees the former completely dominate the latter, even though both are free.

Yesterday, the closure of the German edition of The Financial Times was confirmed. Launched 12 years ago as a joint venture between the Pearson Group (owner of the FT) and Gruner+Jahr (of the same group as the TV network RTL, Bertelsmann), the Hamburg newspaper will appear for the last time on 7 December 2012. The newspaper was never profitable, with a total loss over the period of some €250 million. The decision was inevitable, said the FT. “As the FTD had never made a profit, ‘we saw no other way to keep the Financial Times Deutschland on the market’”.