The challenge of the digital: @CJR and @ONA events at the festival 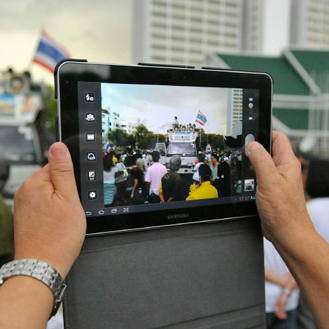 In a scenario of instability, in editorial and professional terms, one of the certainties on the future of journalism is the growing importance of the role of the Internet, social networks and digital in general. The “paper” readership base is increasingly shrinking, leading to the extinction of a class of users who will soon be supplanted by digital readers accustomed to another type of consumption, and able to interpret the new hybrid role of prosumer. The fundamental role played by the advertisers should not be forgotten, which in this historical moment profess new ideas of returning investment to this field. However, all of this has yet to be explored.

For the creation and monetization of content, for newsgathering, publication and subsequent discussion, Internet will inevitably take on an ever more central role. The International Journalism Festival will see leading specialists discuss this evolution as part of a series of events organized in association with the Columbia Journalism Review online and the Online News Association.

The CJR is a review published by the Columbia University Graduate School of Journalism in New York. It is one of the most prestigious magazines in the American and international industry sector, and it has one of the most updated, interesting and insightful websites regarding the world of journalism. This year “Columbia Journalism Review” events are:

The Online News Association (ONA) is the largest association of journalists in the world with regard to digital news. This year it will be present at the International Journalism Festival with six events regarding “Digital Evolution: Staying ahead of the Curve”:

– What’s the ROI of your reporting? with Anthony De Rosa social media editor Reuters and Sergio Maistrello journalist and author