Tracing the Russian units that terrorised Bucha, ninth journalist murdered in Mexico this year, and Roman Anin on journalism under Putin 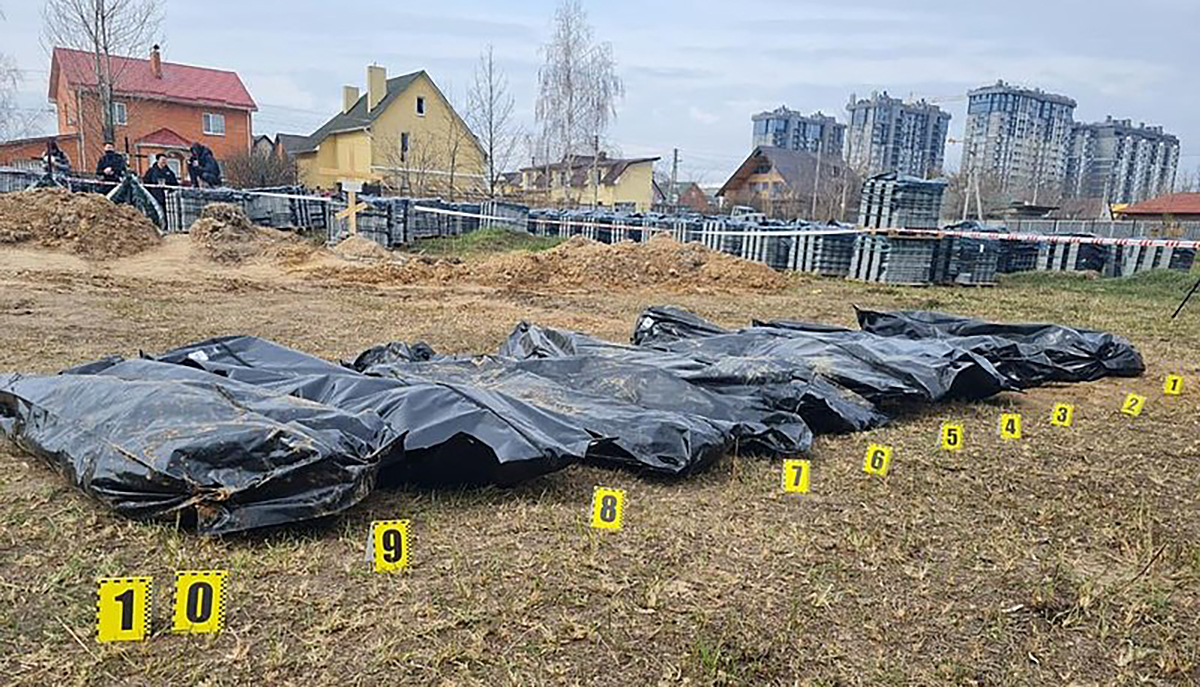 Love letter, ID card point to Russian units that terrorised Bucha. Eyewitness testimony, discarded documents and social media posts point to the Russian soldiers and chain of command in the bloody occupation of the Ukrainian town of Bucha.

Ninth journalist murdered in Mexico this year. On May 5 the body of veteran journalist Luis Enrique Ramírez was found beaten to death, his body wrapped in plastic on the side of a road in Culiácan in Sinaloa, located on the western coast of Mexico.

‘There is no freedom and there is no press’: How one Russian reporter approaches journalism in the age of Putin. Roman Anin shares his journey to investigative journalism and talks about the dangers of working as a reporter in Russia, the challenge of holding powerful people accountable in the face of constant threats.

As grisly images spread from Ukraine, open-source researchers ask what’s too gory to share. With the rise of Telegram, graphic imagery has proliferated in the world of open-source intelligence. Does it serve a purpose?

Dmitry Muratov: propaganda is war itself. This is the speech Nobel peace prize co-laureate Dmitry Muratov gave at the 2022 Difference Day, on 2 May in Brussels.

2022 is already the deadliest year for journalists in Mexico. “When so many of our colleagues and friends die, we never get the time to cry, to have catharsis. All of them deserve our tears. We have the right to be angry and cry and just be human. But we are also journalists, and we have to continue doing the work so someday we don’t have to cry anymore.”

Sport has always found in Valnerina, the Apennine area of Umbria, the green heart of Italy, a place full of opportunities: from rafting to canoeing, from sport fishing to trekking, from hiking to horseback riding, but also hang gliding, paragliding, parachuting and sport climbing. Significant investment by the Umbria Region.

“Help is really available”: The International Women’s Media Foundation’s Nadine Hoffman on resources for addressing online violence. “It has to be something that every level of the news organization is on board with and is taking seriously.”

How Vchasno is covering the war in Ukraine near the frontline. Running a news outlet in the beleaguered Donbas region poses unique challenges.

Disinformation on the frontlines: ‘War is not just bombs and tanks.’ Russia’s invasion of Ukraine has shed new light on foreign disinformation campaigns in Africa. Justin Arenstein, founder of Code for Africa, sees coordinated spreading of disinformation before conflicts arise.

Finding the funds for journalism to thrive: policy options to support media viability. How can policymakers best respond to the severe financial crisis that threatens the supply of independent journalism and compounds the erosion of press freedom globally?

Newsrooms must reframe abortion coverage and the worn-out debate around the rules of objectivity. Coverage often fails to capture the complexity of American viewpoints on abortion, and newsroom rules about speech stifle conversation.