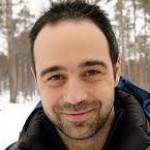 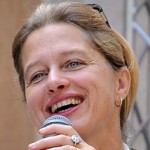 A documentary-reportage from India. The meeting between a great writer, who becomes a director for the first time, and the stories of three Italians who chose India as the place for a new beginning. "In 1991, I was a young guy in Rome, born and raised in a progressive, middle class family. I faced life with a few confused ideas and I had all the future in front of me. It seemed that nothing would ever change and that laziness, sooner or later, would have choked me. I would always stay at home with my parents, I would be forever their child, we would grow old together, and all three would have died in their bed. One day, my best friend Sergio told me: "Why don’t we go for a ride in India this summer? Life costs nothing there... The flight is expensive, but if we sell our Vespas we could do it." "I do not know how I ended up telling him about Baba Gianni and other Italians who I met in India and that it would be nice to make a documentary. Trying to interview them not just to know how they live in India, rather to tell how Italy was when they left, in the seventies. Who better than them could have told us about those years from a different perspective, uncontaminated by the following forty years?"

After writing novels that became movies, Italian novelist Niccolò Ammaniti has decided to try another way to tell stories, using pictures and making a documentary. "I tell stories invented from the first to the last word. What interested me, from the other side of the camera, was to do the opposite. To talk about our country, in the seventies, through the side view of those who lived through those years and now live far away."

Niccolò Ammaniti will present his documentary The Good Life (2014) in conversation with Giovanna Zucconi.