Rome, crime capital: organised crime in the corridors of power 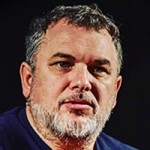 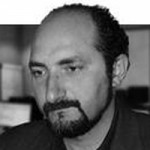 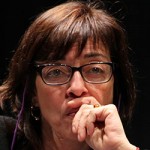 The story of Mafia Capital; an unprecedented criminal system, which has dominated Rome with the complicity of politicians and institutions. A true story so incredible that it seems to be straight out of a second-rate thriller.

A former terrorist jailed several times, linked to the infamous Banda della Magliana and trained in Lebanon during the civil war, with a patch over one eye lost during a shootout. They call him the cecato (the blind one). He influences politicians on the right and left. For prosecutors, Massimo Carminati is the Boss.

A murderer. He inflicted 34 stab wounds on his victim but in prison he became a model inmate. His public declarations in the name of legality earned praise from big names such as Stefano Rodotà and Miriam Mafai. Actually, he cheated everybody. Outside prison he has become the front man of a criminal organization. Prosecutors call Salvatore Buzzi the organizer.

A public official, former right-hand man of former Rome mayor Walter Veltroni, and later a key figure in the national coordination on the reception of asylum seekers of the Ministry of Interior, who hides at least three false identities, used to cover various crimes, without anybody noticing it. He is Luca Odevaine, the man who connects organised crime with politicians.

Then throw in neo-fascists, football hooligans, showgirls, football players, actors: an exceptional gallery of characters which also includes the Prelate Secretary of the Secretariat for Economy of the Vatican Alfred Xuereb and the captain of the Rome football team Francesco Totti.

Lirio Abbate and Marco Lillo have built a powerful story, using unpublished documents. The result is a passionate denunciation of a brazen criminal system that no one else wanted to talk about. Only in Italy.