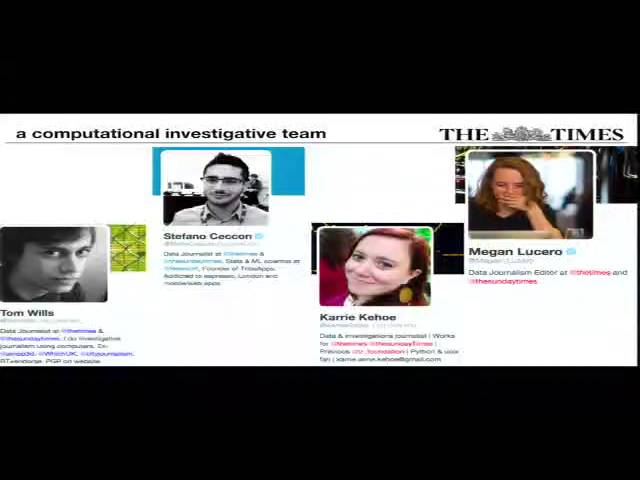 data journalism   | with simultaneous translation in English and Italian 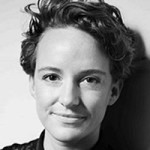 Over the past few years, The Times and Sunday Times have broken several exclusives that led to international outcry and institutional change, due in part to their investment in a computational investigations team. From uncovering tax avoidance, to doping in athletics, the data team at The Times and Sunday Times changed journalism practice by integrating computing into the story finding process. The team, equipped with statisticians, programmers and journalists, lends an analytical eye to stories in a unique way for a newspaper. They were the only team in the UK to reject the polling data - now widely known for being flawed - ahead of the last General Election. This talk by the team's Data Editor, Megan Lucero, will go behind the scenes of several of their big stories and explain how her small team went from being a supporting unit to a key component of Times and Sunday Times investigations.