Syrian journalists and citizen reporters under attack: how they can protect themselves 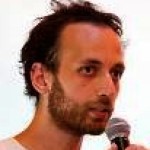 Hunted by ISIS, the Syrian regime, Shabiha, different fighting groups, the Syrian electronic army and corporations, Syrian journalists and citizen reporters face death on a daily basis, and their data frequently gets lost while they report on the revolution. Taking the point of view of a Syrian digital security trainer, the focus of the talk will move from the simple digital perspective to a holistic one. Journalists in Syria and neighbouring countries must confront many challenges in their work, including physical, psycho-social and digital risks. The dangers faced by journalists in a war zone, what the attackers’ goals are, and some defence tactics will all be considered.