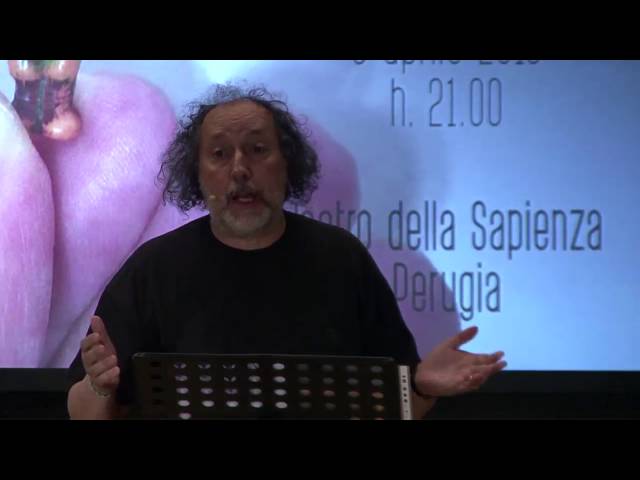 The theatre of objects: a monologue-show by Fulvio Abbate 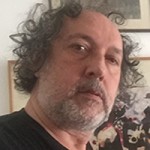 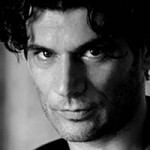 The theatre of objects is a tale of world history through objects, a narrative based on showing things, certain that even the most modest memento, say an advertising ashtray, may lead to a story or even contribute to an epic starting point.

The actors here are in effect things without a rigid reference text, things merely offered to the attention of the audience by the narrator and commented on in a sequence that creates a perfect visual novel, the novel of things.

What things, what objects? For example the board game that Groucho Marx designed for the NBC television station in the fifties, the little man of the detergent who was miraculously smoking his cigarettes, the mechanical race-course with its horses in Bakelite, the votive image of the saint of the poor of Peru that makes thieves invisible, the pennant of the Rotary Club in Hiroshima, the banknote issued by Spanish anarchists in 1936, the pencil sharpener in the shape of John Fitzgerald Kennedy, the business cards of the past, the money-box shaped as a little house of the INA-CASA, the ring made by the Vietnamese people with the metal of downed American bombers, the manifesto to find Emanuela Orlandi, the flag of the Paris Municipality, the flags of the Italian Communist Party, the poster for police recruitment, the Buffalo Bill music score by De Gregori, the legendary plastic book of Roberto D'Agostino ... and objects that speak specifically of journalism itself.

With Gerardo Balestrieri on the accordion.