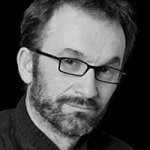 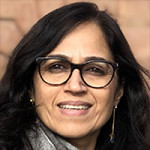 Dramatic shifts in the media landscape over the past two decades — including the advent of social media, the rise of participatory audiences, and what the Journalism Innovation Project calls “platform capture” — have necessitated the transformation of journalism’s relationship with news consumers. Audience engagement innovation became progressively more essential to the sustainability of news publishing — from reporting and storytelling, to distribution and revenue. Such experimentation eventually led to social-focused news organisations that benefited from rapid organic growth, fuelled by open platforms that delivered large scale audiences. But a combination of scale, the politically-motivated weaponisation of social media audiences, and news organisations’ over-reliance on the social platforms effectively ‘broke’ community.

This panel brings to a close the Reuters Institute for the Study of Journalism’s deep study of journalism innovation which focused on learning from three international news organisations: Rappler (the Philippines), Daily Maverick (South Africa), and The Quint (India). It will tease out transferrable lessons in sustainable journalism innovation from these outlets, which are in the process of either actively recalibrating audience engagement or experiencing its evolution - in the context of political environments hostile to journalism and destabilising to democracy, increasing audience toxicity, and strategic responses to platform capture.

The founders of this trio of award-winning news organisations – Maria Ressa, Branko Brkic and Ritu Kapur - join the Journalism Innovation Project’s lead researcher and author Julie Posetti to discuss the pressing need to reboot audience engagement as the sort of threats they’ve experienced in the Global South are ported to the West.