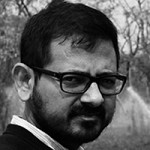 Arijit Sen is an independent journalist, a large part of whose work is in India’s northeast and the neighbouring region. He is a three-time recipient of India's Ramnath Goenka Award in journalism for his reporting. A 2019 fellow at the Centre for Contemporary South Asia at Brown University, his current book project investigates the lives of people who stare at possible statelessness, disenfranchisement and the threat of expulsion from what has been their homeland for generations. In 2018, Arijit worked on the Amnesty International India briefing on detention centres in Assam. In 2011, he received the Gerda Henkel Fellowship from the Reuters Institute in Oxford University. Arijit holds a Master's in Human Rights Law from SOAS.