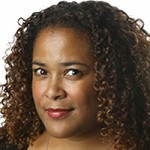 Dodai Stewart joined The New York Times as deputy editor of Metro in 2018. In this role, Dodai edits stories at the Metro Desk, supervises reporters and works with journalists to create a robust report of the New York metropolitan area.

Before joining the Times, Dodai was the editor in chief of Splinter and director of cultural coverage at Fusion. Prior to that, Dodai served as deputy editor on the founding team at Jezebel.com. Her writing has appeared in The Washington Post, New York magazine and Glamour.

Raised in New York City, she attended the Bronx High School of Science and was a screenwriting major in the Dramatic Writing Department at NYU’s Tisch School Of The Arts. Dodai enjoys travel, photography, Korean dramas and TikTok. She currently lives in Manhattan with a misanthropic chihuahua.