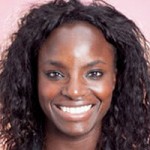 Aluko was appointed UN Women UK ambassador with a focus on promoting gender empowerment in 2016, and in October 2018 she was named by Marie Claire as one of ten Future Shapers Award Winners, recognising individuals who are changing women’s futures for the better. She played football for Juventus in Italy until November 2019 and writes a weekly column for the Guardian.

She is the author of They Don’t Teach This (2019), a memoir which explores themes of dual nationality and identity, race and institutional prejudice, success, failure and faith.

Her 28 November 2019 Guardian article entitled End of my Italian chapter means trading Turin for fresh adventures raised the issue of racism in Italian society and set off a certain amount of controversy in the Italian media.