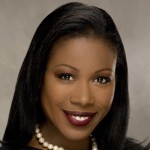 Isabel Wilkerson, the Pulitzer Prize-winning journalist, is author of The New York Times’ bestseller, The Warmth of Other Suns. The book brings to life one of the greatest underreported stories of the 20th Century, a migration that reshaped modern America. Wilkerson interviewed more than 1,200 people, unearthed archival research and gathered the voices of the famous and the unknown to tell the epic story of the redistribution of an entire people. She chose to tell the story through three unforgettable protagonists as they make the decision of their lives.

Wilkerson won the Pulitzer Prize for her work as Chicago Bureau Chief of The New York Times in 1994, making her the first black woman in the history of American journalism to win a Pulitzer Prize and the first African-American to win for individual reporting. Wilkerson has also won the George Polk Award, a John Simon Guggenheim Fellowship, and she was named Journalist of the Year by the National Association of Black Journalists.

Wilkerson has spoken on the topics of migration, social justice, urban affairs and 2oth Century history at universities across the country and in Europe. She has appeared on national programs such as CBS’ 60 Minutes, PBS’s Charlie Rose, NPR’s Fresh Air with Terry Gross, NBC’s Nightly News, MSNBC, C-SPAN, and others.

In her years of research, Wilkerson raced against the clock to reach as many original migrants as she could before it was too late. The result is what the judges of the Lynton History Prize, conferred by Harvard and Columbia universities, described thusly:

“Wilkerson has created a brilliant and innovative paradox: the intimate epic. At its smallest scale, this towering work rests on a trio of unforgettable biographies, lives as humble as they were heroic… In different decades and for different reasons they headed north and west, along with millions of fellow travelers. . . In powerful, lyrical prose that combines the historian’s rigor with the novelist’s empathy, Wilkerson’s book changes our understanding of the Great Migration and indeed of the modern United States.”

The Warmth of Other Suns