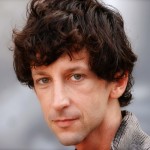 Itai Anghel is one of the most prominent TV journalists in Israel.

He is known for his unique fieldwork, in-depth documentaries and talent in telling emphatic stories of individuals and their local communities. His work shows the importance of these actors - and not just the policymakers - in depicting reality. Accordingly, Anghel has become a prominent source of information for the Israeli people on world events, internal crises, communities in need, and global cultures. To many Israeli families, he is the face of frontline international news. In reporting from war-torn regions, Anghel mixes a humane and empathic approach with historical and cultural context. This provides Anghel’s viewers with valuable insights and allows them to form new perspectives.

Anghel’s expertise and frontline reporting has taken him to Iraq, Afghanistan, Pakistan, Bosnia, Kosovo, Rwanda, Congo, Chechnya, Haiti, Lebanon, Kurdistan, Egypt and Gaza. While travelling he has to overcome the dangers associated with being an Israeli. His identity is naturally being kept secret in countries hostile to the state of Israel. As a result, he cannot be escorted by his usual supporting team of Israeli cameraman and soundman and therefore he himself performs all these functions. In all of these places he is alone.

At the age of 21, Anghel became the foreign affairs editor of one of Israel’s most popular radio stations, Galatz. In this capacity, he witnessed incredible transformations in the world order, as the Berlin Wall came down, Apartheid was abolished in South Africa, and the Romanian people ousted the dictator Nicolae Ceausescu. Shortly thereafter, the Soviet Union collapsed, too.

Highlighting individuals and their communities leads Anghel to believe that almost all amazing historical transformations occur from the bottom up; they are often caused, triggered, or carried out by regular people on the street. Throughout his career, Anghel, like quite a few field journalists, has grown skeptical of the pundits and commentators. Although these individuals have accredited knowledge and impressive sources, they are often ill-equipped to analyze situations arisen from the streets and the communities. Reporters, on the other hand, from the field can witness the expressions of people. In this sense, experts in the studios often fail to witness what is occurring on the ground. Anghel soon realized that only by reporting from the battlefields he would be able to capture the intensity, depth of emotions, and madness of fighting.

Already on his first mission, in the Balkan wars in Croatia and Bosnia, he discovered how the real world is different from the simplistic “black and white” picture that commentators and policymakers like to present the public with. The “good guys” were never 100% good, and the so-called “bad guys” turned out were, in fact, more nuanced. In the Balkans, Anghel spent time with all the warring factions - the Serbs, Croats and Muslims - on the battlefield and in their civilian lives. As a result, he was able to portray a broad picture of the place and the situation. His audiences, used to definitions of dichotomy in regard to conflict, are repeatedly surprised and impressed by his reports. Some viewers were perplexed by the new insights they were exposed to. He took this confusion as a compliment! For his work in Bosnia, Anghel was awarded the Sokolov Prize, the Israeli equivalent of the Pulitzer Prize. At the time, Anghel was the youngest recipient of this award.

Since then, Anghel tries cover engage all sides - victims, war criminals, soldiers, militias, tribesmen, children and women - to speak. He tries to assure that their life will be portrayed unreservedly. Like in Bosnia and Kosovo he continued to strive and present different perspectives in each of the war zones and areas of conflict he witnesses. In Afghanistan, he focused on the Taliban, the Tribes, the Northern Alliance, the International forces and the trapped civilians. In Rwanda, this included both the Hutus and the Tutsis.

Curiously, Anghel’s toughest challenge is the place where he resides – Israel. Anghel insists on talking to everyone: extremists from both sides, Israelis as well as Palestinians, Jewish settlers as well as the Hamas, soldiers as well as civilians. The most important thing, as Anghel sees it, is to present all sides and all views. From there, he hopes his audience ponders that information and makes up their own mind.

In Africa, Anghel’s work began in Rwanda during the massacre of 1994. Recently he has been in the Democratic Republic of Congo (Zaire). His documentaries focused on the thousands of women who are being raped, and the children who are being kidnapped to fight in the war. Anghel's special humane approach in his coverage, not typical to a war correspondent, brought about an unprecedented reaction on behalf of many Israelis to help the people of Congo, which culminated in the Band Aid campaign, initiated by Anghel, who organized a special rock concert that attracted the most prominent Israeli musicians to perform on a volunteer basis. Following that concert, Anghel, in a manner atypical to journalists, founded Israelis for Congo. This humanitarian organization provides help to the thousands of women who were raped and mutilated in the ongoing war there. Every year, for a period of one month, some of the finest Israeli surgeons and gynecologists go to the most remote areas of Congo as part of a mission. There, they establish clinics, perform operations, and guide local personnel on how to operate by themselves.

While in Israel, Anghel mainly covers the Israeli-Palestinian conflict and creates documentaries featuring Israeli soldiers, Hamas and Fatah activists in Gaza and the West Bank. Anghel was the only Israeli journalists to cover the funeral of Yasser Arafat in Ramallah in 2004. In 2006, on the last week of the second war in Lebanon, Anghel was the only TV journalist who joined a military platoon. His daring report from the fierce battle that ensued in a village known to be a Hezbollah stronghold in South Lebanon was aired on Israeli TV and was immediately regarded as a significant journalistic work from the battlefield. Bringing the terror of the fighting into Israeli homes, his viewers gained a perspective they did not get from the official reports. As a result, many were motivated to reassess their views on the justification of that war. Anghel believes that in his country, Israel, both Arabs and Jews are judgmental and obsessed with ancient ideas about the other side. This limits their ability to think clearly and rationally, and he tries to play a role in increasing openness and attentiveness to all sides.

Beyond his own personal deep interest and curiosity for different places around the globe, Anghel believes that by presenting the world conflicts the way he does, he can make Israelis and Palestinians rethink their long-held perceptions. It is his belief that if people are exposed to the similarities in different world conflicts, comparisons may sober them and allow peace-making might occur.

In 2010 he won the Cutting Edge Award at the International Media Awards of NCF (Next Century Foundation, London, Westminster) “for objectivity in reporting in conflict zones and his determination to make the voices of all sides heard, thus promoting better understanding in the highly emotive and polarized arena that is today’s Middle East”

In 2011, a year marked by significant revolutionary changes in the Middle East, he produced two in-depth documentaries. The first came from Kurdistan in North Iraq and focuses on the Kurdish guerilla organisation the PKK, where its leader gave him a rare interview. The second documentary was about the revolution in Egypt. While the general attitude in Israel was to regard with fear and panic the historical moments in Egypt, Itai Anghel chose to look at the people of the revolution and their fight for freedom. This documentary won the award for ‘best TV documentary in Israel for 2011’ by the Israeli forum of documentary film-makers.

In 2012 his special documentary The man who lit the Arab revolutions – (Tunisia, Libya, Egypt) follows the path of the revolutions in the Arab world and the way they inspired the whole world, including Israel: the story of Mohamed Bouazizi who set himself on fire in Tunisia, the end of Gaddafi in Libya and one year to the revolution in Egypt.

The Arab Spring: an incomplete revolution?