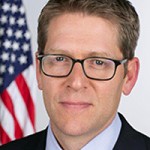 Jay Carney was announced as the 29th White House Press Secretary, and the second of President Obama’s administration, on 27 January 2011. As press secretary, Jay was the primary spokesman for the President, the administration and the United States for 3 and a half years. He served in this role until 20 June 2014.

Carney joined the Obama administration as Director of Communications for Vice President Joe Biden in December 2008.

From 2005 to 2008, Carney served as Washington Bureau Chief for Time magazine, in which he led the company’s Washington team. During this time he was also a regular participant in the "roundtable" segment of ABC News' This Week with George Stephanopoulos. Carney was Time's Washington Bureau Deputy Chief from 2003 to 2005. Over the course of his career in Washington, Carney has also worked for CNN (another TIME Warner division) as a special correspondent. From 1993-2003 he was White House, Political and Congressional Correspondent for Time.

His career began as a reporter for The Miami Herald in 1987, before joining Time magazine as its Miami Bureau Chief in 1988. Carney worked as a correspondent in Time's Moscow Bureau for three years, covering the collapse of the Soviet Union. He came to Washington in 1993 to report on the Clinton White House.

Carney has been deeply involved in global policy and politics throughout his career. He has reported extensively on Congress and the Presidency, and was one of a handful of reporters who were aboard Air Force One with President Bush on 11 September 2001. Carney later won the 2003 Gerald R. Ford Prize for Distinguished Reporting on the Presidency. 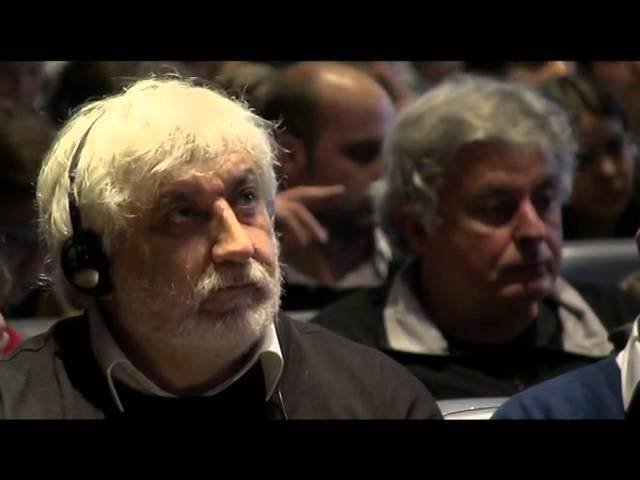 Explanatory journalism: a discussion between Jay Carney and Mario Calabresi

Jay Carney, Senior Vice President of Corporate Affairs at Amazon and former White House Press Secretary, will have a talk with Mario Calabresi, Editor-in-Chief of La Repubblica, to explore the meani...