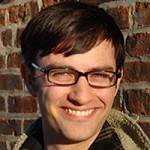 Mark Garrison is Coordinating Producer at the Wall Street Journal and an award-winning global journalist. He was previously supervising producer for CNBC International and a host and reporter for the public radio program Marketplace. Before that, he was senior producer for CNN’s Anderson Cooper 360. He studied at Columbia Business School as a Knight-Bagehot fellow.