Tareke Brhane was born in Eritrea, where he studied and worked from the age of ten to sustain his mother. When he was 17 he fled from Eritrea to avoid forced military conscription for life. For Tareke to leave his country was not an easy choice and the risks he faced were numerous. His journey lasted several years and he faced death, violence and imprisonment while he was crossing Sudan and Libya. During his first attempt to cross the Mediterranean he was rejected until at the end of 2005, finally, Tareke was able to reach Sicily.

Since then he has always been committed to helping those who, like him, were forced to face a dangerous journey in order to escape from unbearable and dramatic situations with the hope of obtaining protection in Europe.

Tareke worked as a cultural mediator in Lampedusa and southern Italy for Save The Children and Doctors Without Borders. Today Tareke lives in Rome where he is married and has two children, Michele and Simone. He assists asylum seekers and is president of the 3 October Committee, a non profit organization founded in the aftermath of the tragedy in Lampedusa in which 368 people lost their lives. The aim of the organization is to obtain recognition of a Day of Remembrance to be celebrated  every 3 October at national and European level to honor all migrants who perish at sea and those who risk their lives in order to save them.

The 3 October Committee believes that a Day of Remembrance will provide an opportunity to discuss the phenomenon of migration and forced migration, involving local communities, schools and civil society in order to spread awareness on the massacre occurring in the Mediterranean and promote a culture of hospitality and human rights.

Over 20,000 migrants and refugees have died while trying to reach safety in Europe in the last 20 years. The shipwreck off Lampedusa in 2013 is only one of the many disasters which have occurred, although for the first time hundreds and hundreds of bodies were recovered from the sea and captured the world’s attention.

The 3 October Committee has been striving to obtain dignity for those and other bodies of migrants recovered at sea, representing families in their request for clear and immediate identification procedures.

On 12 December 2014, as part of the XIV World Summit of Nobel Peace Laureates, Tareke Brhane received the Peace Summit Medal for Social Activism for dedicating himself to raising awareness on refugee issues in Italy, after being a refugee himself, and for creating the 3 October Committee so that the victims will not be forgotten. 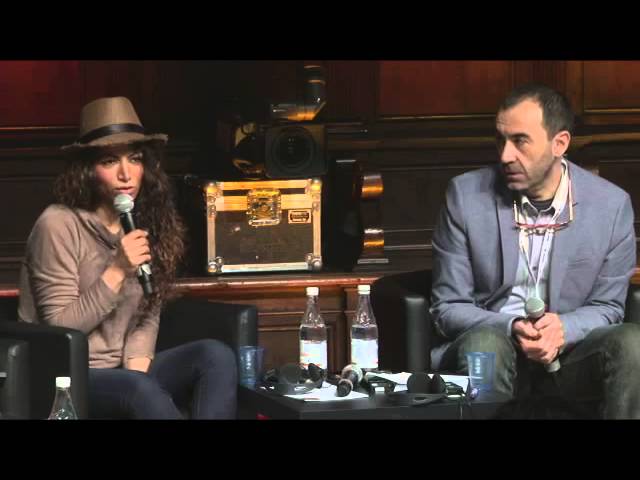 The human faces of immigration

Description to come. Organized by the European Commission - Representation in Italy