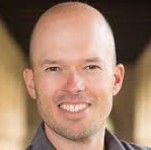 Tom Van de Weghe is an award-winning investigative journalist and documentary filmmaker for the Belgian public broadcaster VRT, where he analyzes geopolitics. Prior to being based in Brussels, he was the bureau chief of VRT News America in Washington, D.C. As its senior correspondent, he reported on two presidential elections and interviewed both Donald Trump and Hillary Clinton. He has traveled extensively across the Pacific region and covered events from the 2008 Olympics to the Sichuan earthquake to civil unrest in Tibet, Myanmar and Thailand and the Fukushima nuclear disaster. In 2007, he started the first China Bureau for Belgian television and in 2006 received numerous awards for an investigative documentary about Chinese gambling in European soccer. He earned master’s degrees in Slavic philology, communication studies and international politics.

Tom was a 2019 JSK fellow at Stanford University, California, exploring the use of deep learning (artificial intelligence) and blockchain technology to detect deepfake video and authenticate audiovisual content.