you charge and others don’t? you’d better be good! 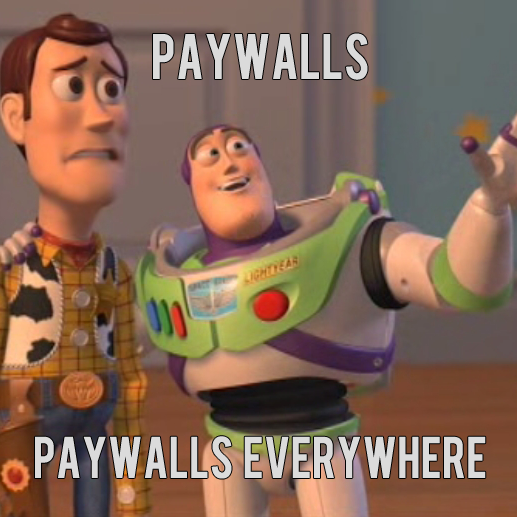 This week in RoundUp: the closure of The Daily; newspapers will suvive only as “luxury goods” according to The New Yorker; everybody’s talking paywalls, from The Washington Post to the Italian daily La Repubblica.

The closure of The Daily

The Daily, once viewed as one of the more interesting experiments in news publishing, will close on 15 december 2012, less than two years after its launch. Significant losses (running at an estimated $30 million a year) and a fairly thin journalistic track record will mark its passing. The announcement set off yet another widespread debate on the future of journalism and how the media in whatever form can pay its way. To be viewed perhaps as a timely lesson for everybody at Rupert’s expense. The full range of opinion on the implications of the flop can be read in our Spundge notebook.

There are plenty of theses as to why. Could the closure signify the end of major investment in this type of multimedia (too walled off, not enough sharing) like being on the internet but not of the internet shutting the door for good on native tablet journalism? “No one is going to pay for what they don’t know they are missing” as David Carr put it. Perhaps it was the fault of the content, simply not distinctive enough to make it worth buying. Some still believe in the feasibility of a tablet first – or tablet only – strategy and that the shift from print to digital will continue regardless, this colourful episode in the end not counting for much. Joshua Benton at NiemanLab summarised the causes of the flop as platform, content, heavy newsroom structure and a flawed business model.

John Cassidy’s thought-provoking article in The New Yorker raised the question of whether the newspaper is on the verge of becoming strictly speaking a luxury good ie. something most people can do just fine without. “But that doesn’t mean that there’s no future for upscale publications like the Times and the Journal—or the Financial Times, or any other publishing entity that can engage the attention of people with plenty of disposable income” he adds.

So ”it will make sense for the Times and the Journal to go on printing—in their major markets, anyway”, while the news industry in general waits expectantly for better numbers from digital advertising.

The paywall debate acquired new zest this week following the news that The Washington Post is considering whether to implement a paywall. Plenty of stats to chew over, both for and against, and with such firm opinions in play that Mathew Ingram described the debate as a sort of “religious war”. He underlines the importance of debate rather than the circling of wagons around pre-established viewpoints, precisely because there is no simple solution to the current malaise. “I don’t think anyone has a magic recipe that will return the newspaper industry to its former glory, for the simple reason that this is impossible” he states. Our Spundge notebook brings together the key articles on this topic.

While The Washington Post and Daily Beast dither the News and Observer has decided to take the plunge: its paywall will begin on 19 December 2012. But adopting a paywall isn’t a commercial policy decision to be taken in isolation. John L. Robinson remarks in his blog that what goes behind a paywall must be better than what previously wasn’t behind a paywall ie. paywallers need to sharpen up content-wise or else. Commenting on John’s post, Steve Buttry puts it neatly: ”The mindset of most people operating paywalls is that they deserve to be paid for what they are doing. But the marketplace sets value. If you’re charging in a marketplace where free is the prevailing value, you’d better have outstanding content.”