diversity & inclusion   | with simultaneous translation in English and Italian

Men and women journalists do the same jobs. But they don’t always get paid equally 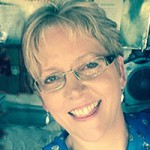 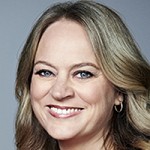 In 2020 many women journalists are still being paid less than men for the same roles and the scale of that injustice is not known because organisations rarely if ever publish that data. Carrie Gracie, who has had a distinguished career as a BBC journalist for more than 30 years, only found out about her own pay inequity when the broadcaster was legally instructed to publish the salary of their highest paid employees. Carrie was the corporation’s China Editor but resigned in early 2018 after finding out she was not paid equal to her other male editors.

Over the last year Carrie has fought and won the battle against the BBC on her own equal pay but as she says in her newly released book Equal: A story of women, pay and the BBC (Virago, 2019) the fight is nowhere near finished. She still works as a presenter for BBC News.

In a conversation with CNN’s Executive Editor, Inga Thordar (and the audience), Carrie will talk about her fight for equal pay, the state of women’s representation in the media and how it is to report (as a woman) from one of the most difficult postings in journalism, China.