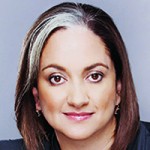 Women are increasingly the targets of online violence connected to orchestrated disinformation campaigns waged by states and political actors. They have become targets of online communities weaponised to destabilise democracies and chill freedom of expression rights that support accountability journalism.

This panel previews the findings of a new global study of online harassment and violence targeting female journalists led by Julie Posetti and draws on the experiences of three of the highest profile and most instructive international case studies. They are Maria Ressa in the Philippines, Ferial Haffajee in South Africa, and Rana Ayyub in India.

In 2016, Ressa and her largely female staff at Rappler.com came under concerted digital attack as part of an orchestrated disinformation campaign waged by the Duterte Government against journalism outlets critically reporting on extrajudicial killings. The following year, Haffajee began experiencing what would evolve into prolific politically-fuelled attacks on Twitter, and in 2018 Ayyub became the subject of a UN Special Rapporteurs intervention after she was subjected to online violence connected to the rise of Hindu nationalism.

Ressa, Haffajee and Ayyub join journalist-researcher Julie Posetti on this panel to discuss the impacts of this pernicious threat to journalists’ safety and the public’s right to know, and to share their fightback strategies.