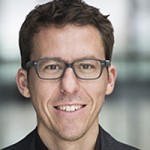 Bastian Obermayer has received numerous national and international awards for his work including the Pulitzer Prize, the George-Polk-Award, the Henri Nannen Prize, the Theodor Wolff Prize and twice the German Reporter Award. He is the author of a number of books, most notably, again with Obermaier, the international bestseller Panama Papers: Breaking the Story of How the Rich and Powerful Hide Their Money (Oneworld, 2016).