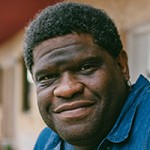 Gary Younge is a Professor of Sociology at the University of Manchester and an award-winning writer and broadcaster. Formerly editor-at-large at The Guardian, he is an Alfred Knobler Fellow for Type Media in New York and the Academy of Social Sciences in Britain. He has written five books, the most recent of which, Another Day in the Death of America, won the Anthony J Lukas Prize from New York's Columbia Journalism School and made several radio and television documentaries on subjects ranging from White America to Brexit. He lives in London.