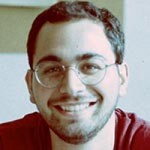 Besides his work at Megaphone, Jean currently works at Amnesty International focusing on Individuals at Risk in the MENA region. He previously worked at the Carnegie Middle East Center focusing on Syrian refugees’ rights in Lebanon and Jordan, and contentious politics in the MENA region. He holds a Masters in comparative politics from the London School of Economics and Political Science.