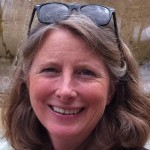 Paige St. John reached the pinnacle of achievement in the U.S. journalism when she was awarded the 2011 Pulitzer Prize for investigative reporting. This recognition was the result of a two-year examination of disaster insurance in the state of Florida for the Sarasota Herald-Tribune. Her exhaustive series, entitled Florida’s Insurance Nightmare, ran throughout 2010 and exposed the hidden risks and secret profits of the state’s hurricane insurance industry and the funneling of profits to offshore reinsurers. During her investigation, St. John analyzed property coverage of millions of Floridians while navigating a labyrinth of international deals. She created massive databases to trace the flow of money and risk, and converted it into web apps that allowed Florida homeowners to apply that information to their own situations.

St. John received her bachelor of science degree in mass communications in from SIUE in 1986. She has been an investigative reporter for more than three decades, joining the Sarasota Herald-Tribune in 2008. She previously served as the capital bureau chief for Gannett News in Florida, as an environmental reporter for The Detroit News and as a correspondent for the Associated Press. Her investigation into Florida’s failure to protect sensitive beaches was given the 2003 Waldo Proffitt Award for Excellence in Environmental Journalism.

She lives on a small horse farm in Florida with her daughter and her husband, John Wark, also an award-winning investigative journalist.

From bits to Pulitzer: when journalism in the public interest scores a scoop When bit met data sparks did fly. Introducing journalists and software engineers, or more broadly journalism and advanced ...