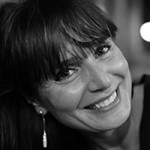 Antonella Viola is full professor of General Pathology at the Department of Biomedical Sciences, University of Padova, and vice-director of the Venetian Institute of Molecular Medicine (VIMM). She was a scientific member of the Basel Institute of Immunology (Roche), EMBO (European Molecular Biology Organization) researcher, and head of the Adaptive Immunity Laboratories at the Humanitas Research Centre (Milan). She coordinated several Italian, European and US research projects aimed at studying the relationship between immune system and diseases.

She is a reviewer for the European Commission (FP7 and ERC programs).

For her contributions to immunology she received several awards among which the Roche Prize, the award of the Cancer Research Institute of New York, the prize “Chiara D'Onofrio”, the EMBO Young Investigator Award, the prize “Outstanding Women” of the Belisario Foundation, the European Research Council grant as Advanced Investigator. Professor Viola was invited to give lectures in several research centers, among which the Imperial College of London, the Institut Pasteur in Paris, the Harvard Medical School in Boston, the Oxford University, the Medical Research Council in Cambridge, the Jefferson University of Philadelphia, and many others.

Currently, she coordinates an ERC AdG project on inflammation (STePS) and she is work-package leader of an European project on stem cells transplantation.

#EuFactor: face to face with science!

Creativity, passion... and talent. Scientific dissemination and the world of innovation transformed into a show: the "EuFactor" project is presented with rigour and irony, thanks to the storytelling...