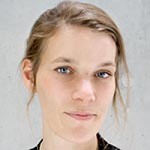 Hanna Möllers has been the General Counsel of the German Federation of Journalists (DJV), Berlin, since November 2019. She is a fully qualified lawyer and an experienced TV news reporter and investigative feature film maker. In her 10 years with ARD, the leading German public TV station, she worked for formats such as buten un binnen in Bremen, Story im Ersten, Tagesthemen, Morgenmagazin, Mittagsmagazin and the investigative formats ARD Exclusiv and Panorama.

Möllers received major awards for her feature films Krieg in der Firma (War in the Corporation) about a management-union conflict in a machine-building company in Northern Germany which was bought by an US investor, and for Das Märchen von der Inklusion (The Fairy Tale of Inclusion) about the schooling reality of disabled children.

She studied Law in Osnabrück, Hamburg and Stockholm University, from which she holds a Masters of European Law (LL.M.). She also holds a certificate of Global Electronic Journalism from Stockholm University. Her languages are German, English, Swedish on a professional level and French and Spanish for recreational use. Möllers has one son.