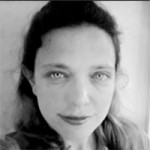 India Bouquerel is the editor-in-chief of Live Magazine, a journalism show in 6 countries and 17 cities in Europe, labelled Press Innovation of the Year by the 2015 Assises Internationales du Journalisme. Since its creation Live Magazine has reached an audience of 70,000 and has produced special editions with the Financial Times, Le Monde, Le Temps and Les Echos as well as book publishers, tech companies and major festivals. Live Magazine's government-sponsored outreach and media literacy program trains teachers and vocational school students all over France.

Previously, she was a screenwriter for television and spent many years on the English-speaking staff of the public television channel France 24 as an international news coordinator. She studied public administration, but finally chose journalism -- the other civil service.