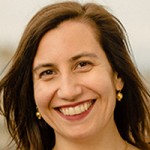 Rachel Donadio is a Paris-based correspondent for The Atlantic, covering politics and culture across Europe. She was previously at The New York Times, including stints as the paper’s European Culture Correspondent, Rome Bureau Chief, and a writer and editor at the New York Times Book Review. She has interviewed heads of state and film directors, covered the vicissitudes of former Italian Prime Minister Silvio Berlusconi, disarray in Greece amid the European debt crisis, and the election of Pope Francis.