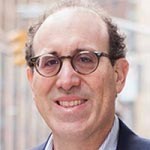 Joel Simon is the executive director of the Committee to Protect Journalists. He has written widely on media issues, contributing to Slate, Columbia Journalism Review, The New York Review of Books, World Policy Journal, Asahi Shimbun, and The Times of India. He has led numerous international missions to advance press freedom. His book, The New Censorship: Inside the Global Battle for Media Freedom, was published in November 2014.