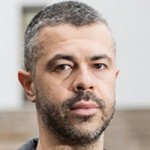 Jose Miguel Calatayud is a freelance journalist based in Berlin since January 2020, and a Project Coordinator at Arena for Journalism in Europe, which promotes cross-border collaborative journalism and where he manages the Arena Housing Project, an open collaborative network for housing reporters and researchers.

Before moving to Berlin, Jose was successively based in Nairobi, Istanbul and Barcelona. He has reported from more than 20 countries in Europe, Africa, Asia and the Middle East; and his writing has appeared in Foreign Policy magazine, Al Jazeera, New Statesman and El País, among other media outlets.