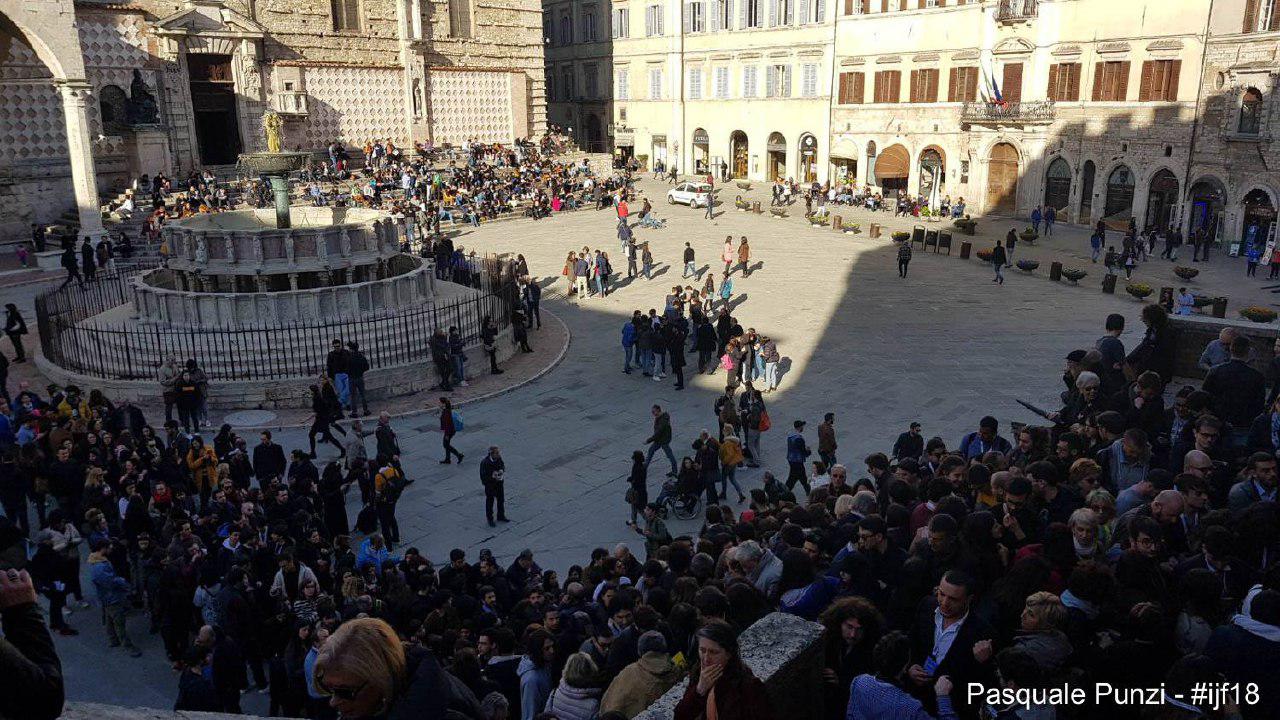 The 2019 festival will be the best yet. More than 650 speakers – of whom 49% are women – will take part in about 280 sessions. Each session will be live-streamed, with the on-demand video available on the festival website immediately afterwards. Simultaneous translation in English-Italian will be provided for about 55 sessions. All festival sessions will be free entry for all attendees, without any need for registration.

The festival has received a generous donation this year from Craig Newmark Philanthropies. Festival main sponsors, as in 2017 and 2018, are Facebook and Google. The main institutional partner is the Umbria Regional Council. Festival sponsors are Amazon, the European Commission, Coca-Cola, Nestlé, Sky and Unipol. There are also three smaller NGO sponsors. We thank all festival supporters, big and small, for their support.

About 130 volunteers will take part, involved in activities such as event reviews, speaker interviews, logistics, press office, etc. The volunteers – journalism students, aspiring journalists or journalists at the beginning of their careers – this year come from 19 different countries.

The festival programme is the result of the input of many different individuals, organisations, institutions and media companies. We thank them all for their contribution. A particular thanks to the European Journalism Centre, the Reuters Institute for the Study of Journalism and the Committee to Protect Journalists.

The programme attempts to cover most of the major issues of current interest in the media and beyond. We hope you find it stimulating.

What follows is a condensed version (about one third) of the festival programme, divided category by category. Examples of sessions in each category are provided for reference. For the full programme please see the festival website, the brochure or download the festival app. Here’s all you need to know.

The people vs tech: how the Internet is killing democracy (and how we save it)
Jamie Bartlett (director CASM Demos), Fabio Chiusi (journalist and author)

The missing marketplace: monetizing podcasts beyond the 1%
Jake Shapiro (co-founder and CEO RadioPublic)

Inside the mind of a hacker: why all journalists need to care about digital security
Joseph Cox (cyber-security reporter Motherboard)